Having the ability to natively configure, one by one, your applications and games, making the most of the potential of your headset and thus improving the gaming experience and graphics, this is the solution we offer you.

Modifying the graphics performance of the Meta Quest via SideQuest, a chore ...

If you've ever fiddled with SideQuest, you might have tried changing the settings on your Meta Quest one day. To do this, you must connect your headset to your computer or to your Android smartphone via the USB cable and / or authorize wireless debugging, then go to the « Device settings & tools » as in the screenshot below. 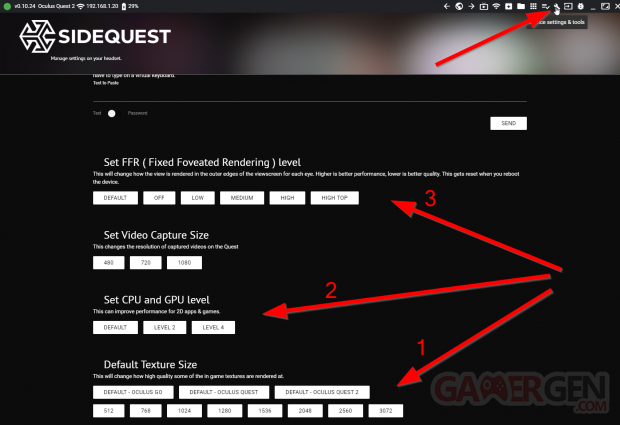 From this screen, it is possible to change the resolution of the textures (1) and to modify the performance of the central processor and the graphics processor (2), or the fixed foveal rendering (3).

The result is an often sharper, more detailed image and/or smoother application. 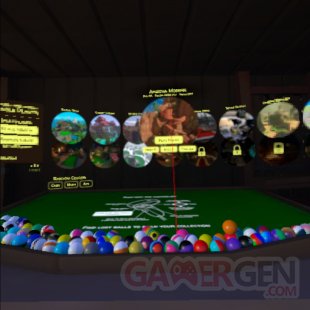 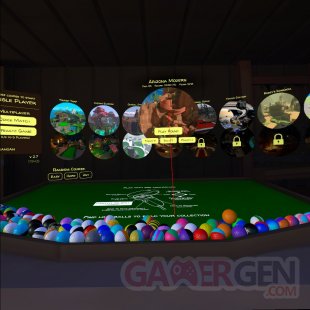 However, these operations require going back and forth on the computer or smartphone, and taking off your headset to make new settings from the SideQuest application, as soon as the headset restarts, or we want to modify another game.

Do without SideQuest by applying profiles automatically thanks to the Quest Games Optimizer !

The solution we offer is a tool, in the form of a macro (see our tutorial: Programming and automating our VR headset using macros (FR)) which allows us to free ourselves from repetitive SideQuest manipulations, to keep the headset on our head and to store in memory a specific setting for each game that we want to modify. It then becomes possible to juggle our favorite games, set as we want.

And concretely, how is it going? Well, when a game that we want to set up launches, its custom profile (entered by hand or predefined by us) is automatically applied and a notification appears, indicating the success of the operation.

Keep in mind, however, that this does not improve the performance or the sharpness of PC VR games. Indeed, it is the graphics card of the computer that works to generate the images and send them as they are to the Meta Quest, which simply acts as a screen.

We configure the graphics performance profiles by games in a variable acting as a configuration file.

The profile setting contains the following parameters. They are optional and if you leave them blank, the default values will be applied.

The screenshots below are taken from the games After The Fall (read our review (FR)) and Mission: ISS for which we have established graphics performances profiles. The difference in sharpness of the scenes is clearly visible between the « BEFORE » and « AFTER » images.

Be aware of what you are doing

Keep in mind that these manipulations are not trivial and can cause the headset to overheat, become unstable, drop in frame rate and decrease battery life. However, knowingly modifying these parameters can be beneficial in many situations and can bring real added value in video games in particular.

These manipulations need to be applied in the right way. If you increase the resolution of textures, for example, you will probably have to increase the performance of the CPU and GPU or play with the fixed foveal rendering.

WARNING: before embarking on the following manipulations, we would like to point out that we are not held responsible for any possible inconvenience that may arise on your device during its configuration. Also, you act with full knowledge of the facts.

To continue with this tutorial and operate the Quest Games Optimizer, your headset must be in developer mode.

Installation steps (to be done only once) :

The following video is an installation guide, but also serves as a demonstration of the capabilities of the Quest Games Optimizer. The installation of the two .apk (download at this address), the activation of the plugin and the recovery of the « Quest_Games_Optimizer » macro from the Macrodroid  application are to be done only once.

It's not visible in the video above, but when a profile is detected and applied, a notification pops up, synonymous of success.

Be careful, even if the possibilities of this tool seem miraculous to you, there is a catch. As long as Super User (root) rights are not available on the Meta Quest, we need, each time the headset is physically restarted (the standby mode is not a problem, nor the extension of the screen), to enable Wi-Fi debugging from the SideQuest application, the Oculus Developper Hub or manual commands. This involves plugging the headset into our computer or our Android smartphone, each time the headset cold starts. This is a limitation of Android system that resets ADB debugging settings on every reboot. The same thing happens if you do your manipulations manually through the SideQuest application.

To learn more about Macrodroid, ADB and the purpose of the plugin, go to the « Lexic » section at the bottom of the tutorial.

Don't want to bother setting up your games yourself? Take advantage of the configurations already established by us !

We provide many graphics performance profiles already pre-established and tested by us. To retrieve our latest profiles, you just need to press the Power button twice (turn off then turn on the screen or standby mode). The Quest Games Optimizer will save them for you. If ever the configuration that we offer you does not please you, you can overwriting it by filling in your own configuration in the « appsPerformancesProfiles » variable.

We make sure that the profiles we offer you meet certain specifications :

The Quest Games Optimizer is not working, what to do ?

The notification does not appear :

If the graphics performance profile does not apply despite the presence of the notification of the applied profile, or you encounter an error :

We are constantly improving the Quest Games Optimizer. At the time of this tutorial, the « Quest_Games_Optimizer » macro is in version v2.0.0, but you may receive a notification indicating the presence of a new update to download.

To update the macro, all you have to do is go to the « Macros » tab of the Macrodroid application and do a long press on the tile of the macro in question, then click on « Delete ».

Be careful, after reinstalling the macro, you will have to re-configure your applications trigger.

We would particularly like to thank the following people :

Let us know in the comments or on the networks if you find any new configurations or just if the ones we offer can be improved. We are counting on the community to grow this list.

Android application available for smartphones, allowing you to program your Android device in the form of macros and to perform tasks automatically according to numerous rules and conditions (read the full tutorial (FR)).

ADB is the basic tool for developers and all hackers who want to operate their Android device from a computer. It is part of the SDK (Android Software Development Kit). ADB stands for Android Debug Bridge. It is a bridge between the Android system and our computer, or more generally our Android device and another device. It allows developers (and others in the Android ecosystem) to communicate with their device through commands. Everything works on the client-server (or slave-master) model. adbd, the ADB deamon (background process) runs on the Android device and can receive commands from an ADB server, installed on a computer or other device, and thus execute them. In most cases, it is used through a USB connection. This is what happens when we plug the Meta Quest into our computer. The client (our headset), goes into debug mode and receives commands from the server (our computer and SideQuest), such as changing the resolution of textures via a Shell command.

The ADB Shell plugin is an extension that is grafted onto the Macrodroid application. It allows you to send ADB Shell commands to a remote Android device, either through a USB connection or over Wi-Fi. But it goes even further. It also allows the device to send commands to itself using the ADB protocol built into the Android system. But in order to do this, Wi-Fi debugging must be enabled. 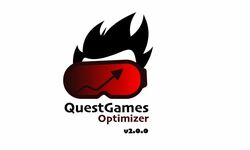 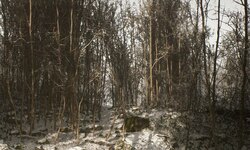 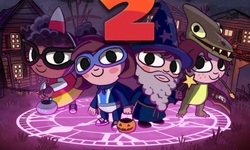