The firmware 6.20 has some hidden features and Sony try to protect this firmware from underground.

We try to do this news in english but we are not english so please be cool with us if sentences and grammar are not correct.

It seems clear that Sony has never appreciated the underground, and  the fight against its existence has always been a fact, without to be a priority. Since 5 years, this virtual war still exists, and the Nippon  giant  seriously begins to win ground, with a certain change of strategy during the last months.

At the beginning, the game of cat and mouse between hackers and Sony's engineers consisted in   releasing a new official firmware. This one fixed the exploit revealed to avoid PSP users to switch in  underground world. This is the reason why there were a lot of firmwares in the past. 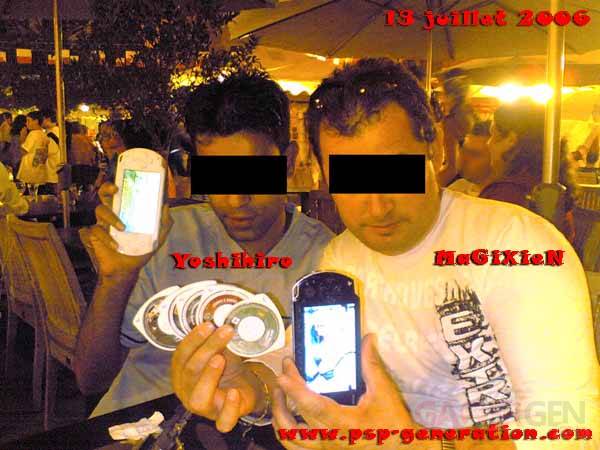 This method was generally unsucessfull, especially after the release of the Pandora kit allowing to flash  PSP-1000 and PSP-2000 v1 and v2.

To counter this wonderful underground's tool, Sony has begun to change the internal structure of the PSP with the first PSP-2000V3, then the PSP-3000 emerged with motherboards which resisted to the "pandorisation" and flashing of Custom Firmware .

This first step was effective, but the underground did its come back with the arrival of HEN relased by Davee, and then the firmware for 5.03GEN for HEN (and before with 5.02HEN unpublished by Miriam) running on the PSP-3000. This work was born thanks to team GEN and especially GENyUS which has opened the door of the underground to the owners of PSP-3000. Unfortunately, this exploit on PSP-3000 is limited to consoles which has maximum the firmware 5.03 installed. 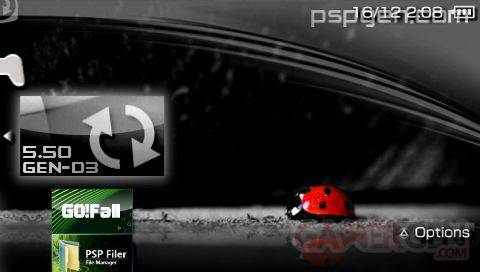 Since recent months, the publishers of video games have also tried to counter the underground by trying to forbid the launch of video games on the PSP in custom firmwares. These methods have prevented users more honest, but with a PSP in custom firmware, to launch a UMD freshly bought store than anything else. In fact, hackers were often able to create a patch or find an unprotected version (Tekken 6 for example) to put them online via illegal networks. So, the buyers had to download theirs games by an illegal download to play at a game that they bought.

With the come back of Yoshihiro in the team GEN, these problems have virtually disappeared with the latest updates of custom firmware GEN and especially since the arrival of custom frimwares 5.50GEN-D3 and 5.03GEN-C which can run the latest games without having to make a copy to patch them. We must recognize that Yoshihiro has secured a new life for the 5.50GEN of GENyUS. For information, the day of the release of these two custom firmwares, we exceeded the 260 000 visits and more than 500 000 visits if we count the day before and the day after the release. Thank you again to you all.

Since, Sony has decided to counter the underground by an other method, certainly more discreet, but more efficient. To date, we didn't speak about that, but now, it's time to clarify the situation. 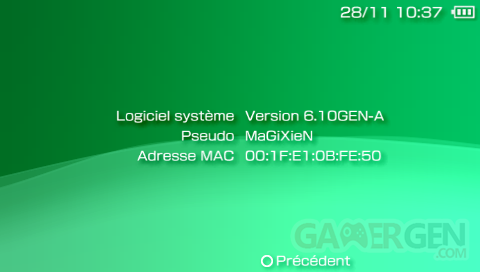 In the first time, Sony has probably inflicted a serious security audit to its firmware because the majority of exploits that we know (public or no) have been blocked. It is this point that has left us more confused because it was a really big, very big, very very big cleanup from Sony that has been done in the firmware 6.0 and further. What we found most surprising is to see exploits nonpublic blocked while they existed and persisted quietly since 2.0 for some. This time, Sony did not counter the underground "hurry", but has seriously worked hard.

This bad news is true but it will be possible, if an exploit is found, to imagine a downgrade to 5.03 (HEN compatible). This possibility can't be blocked by Sony except in the future with a new motherboad who refused firmware under 6.20 or more (like in the past with 1.50). So owners of PSP-3000 and PSP200 v3 just can hope that an exploit arrived and make a downgrade possible.

We have already explained, in the news Pourquoi ne pas proposer un Custom Firmware 6.xxGEN ?, the raisons of the non-upgrade of 5.55GEN-D to the custom firmware 6.xxGEN. We explained that the hierarchy of the firmwares 6.xx had evolved dramatically and complex. Il takes a long time to make a functional custom firmware. If we were to release a custom firmware 6.20GEN, we would get to manage the structural change to make it transparent to users. Indeed, we would like everything that exists, or at least most things, is operating normally without requiring all the devs to remake  everything as we explained in the news above.

It is possible so just be patient. 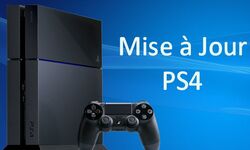 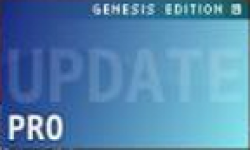 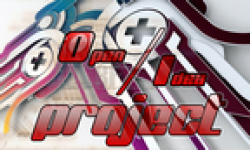 Stifler Le samedi 23 Janvier 2010 à 19h17
The firmware 6.20 has some hidden features and Sony try to protect this firmware from underground.

Saiki-Spirt Le samedi 23 Janvier 2010 à 19h45
some news I can read fine without a google translator! don't worry, we're behind you guys. we can wait.

but may I make one minor question?

Why not release the 6.10 as it is if it's stable, and just warn that not everything works as fluidly as it does on 5.50? personally, I'd upgrade to the 6.10 to play with it and to see what might happen with various other things that I use the fw for. when push comes to shove I can always use pandora back to 5.50 D3

trobert94 Le samedi 23 Janvier 2010 à 20h01
I think it's because, as said in the news, the 6.10 GEN is stable but the changes made by Sony are problematic for the homebrews.
if I remember correctly, Sony has deleted functions used in hombrew and not in official games in this firmware, so homebrew won't work in 6.10 GEN, even if the firmware itself is stable

Only the future will tell you that

The team GENyUS is continuously working on the CF or HEN, so maybe one day, all psp's can be free of those evil OFW hahaha.

sauron-le-noir Le samedi 23 Janvier 2010 à 22h13
Sony has a great advantage against underworld of the psp, we publish our source so they can make "contre mesure" againt it.
Like psplink, standard object format like elf etc ....

snipe 4 cash Le samedi 23 Janvier 2010 à 23h05
What hidden features? Is the title the attention getter or something? This reinstated crap has been known for months. Team Typhoon proved HEN on a 6.xx firmware, wasn't that enough to say "DURRRR YES ITS POSSIBLE"

I guess this is just something to keep the noobs and leakers calm.

What hidden features? Is the title the attention getter or something? This reinstated crap has been known for months. Team Typhoon proved HEN on a 6.xx firmware,